Blurb:
Hendrix and his best mate Hosea must attempt to save all of Manaiakalani when the villain from his homemade video game (Maniacal Arnie) takes control of the school server, and stops our schools from being able to learn...
Posted by Matt Goodwin at 09:00 171 comments:

We ran cross country yesterday.
It was muddy, it was windy, it was cold, it was awesome!

We have been exploring language in Room 6 at the moment so we decided to write a class poem about our cross country experience.

This term we have been having heaps of fun learning Basketball at Kiwisport.
Check out the video of us trying to dribble blindfolded!
Hilarious!!

Mr Somerville and Room 7 carried on from our movie about side scroller games for their PENN movie submission. You can see some of our games are really starting to take shape!

Here is our PENN submission which played this week. 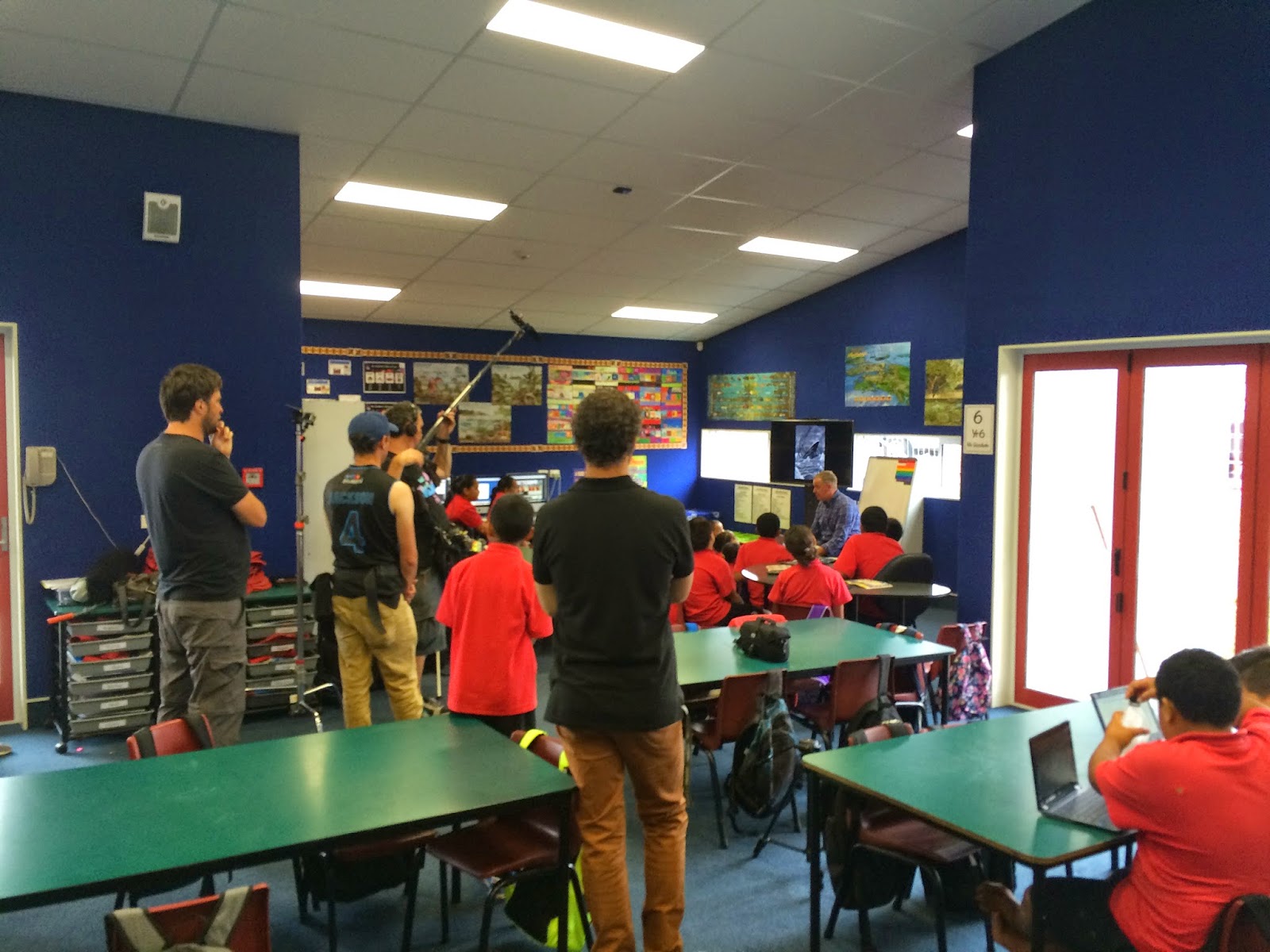 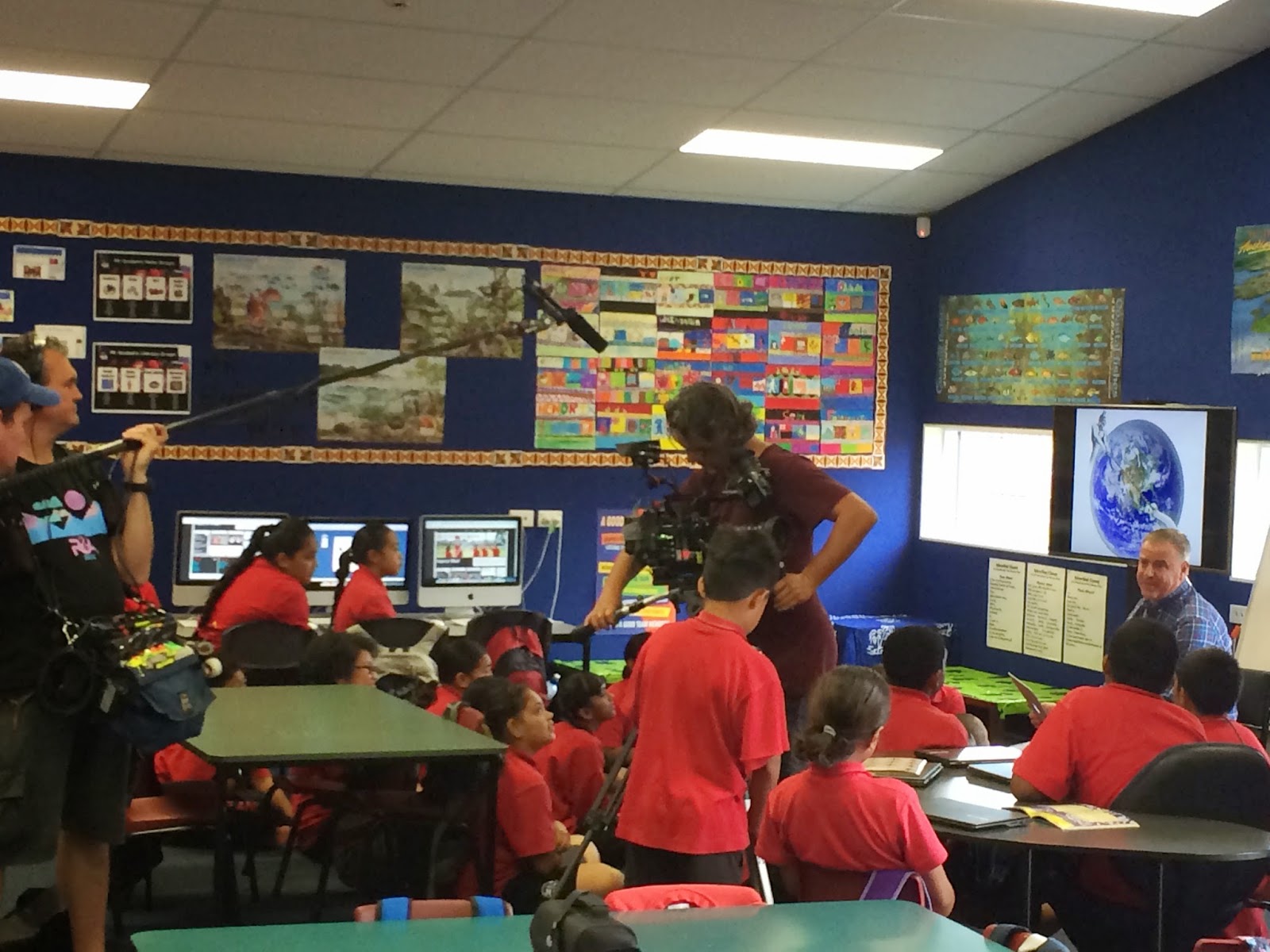 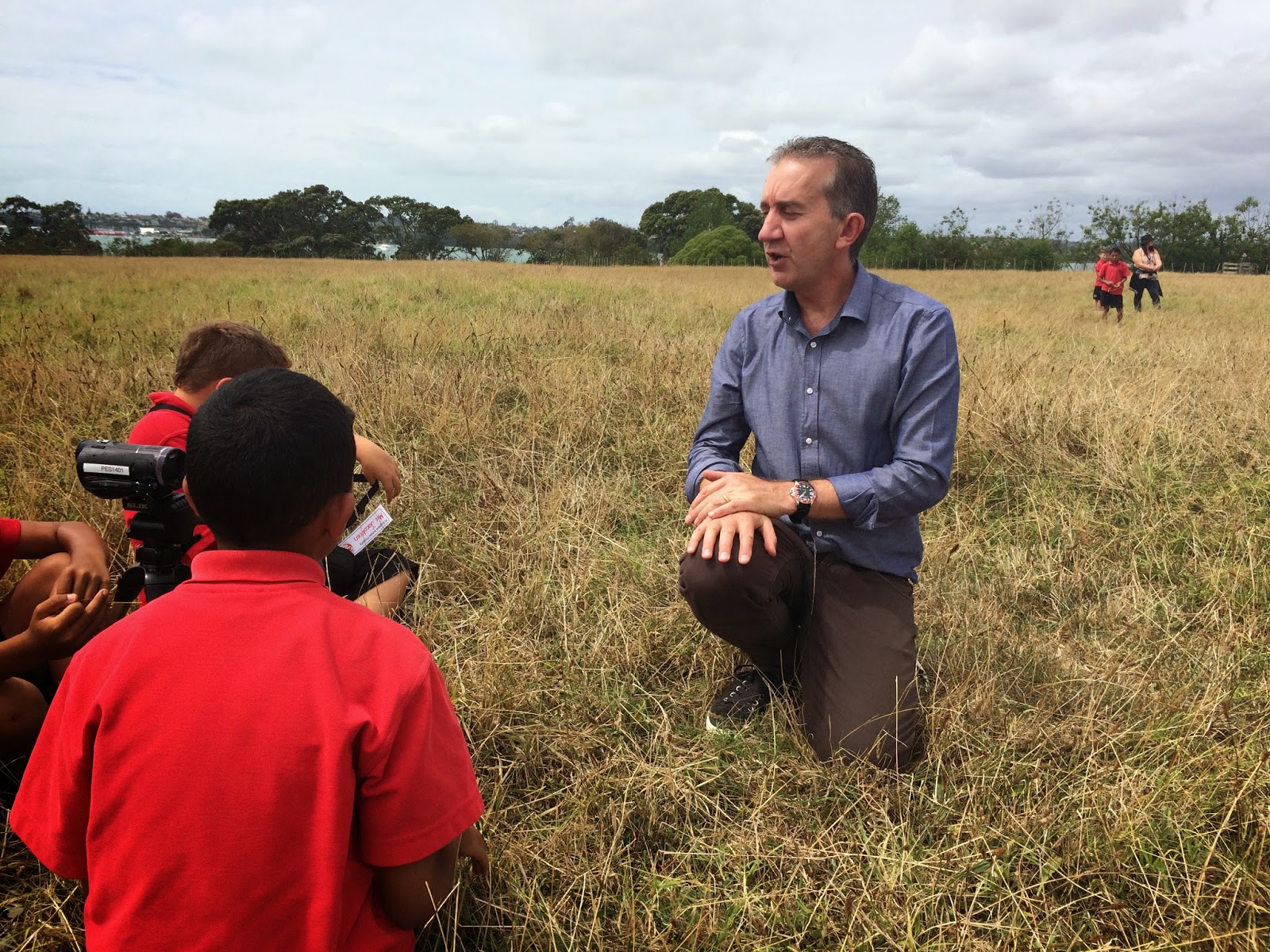 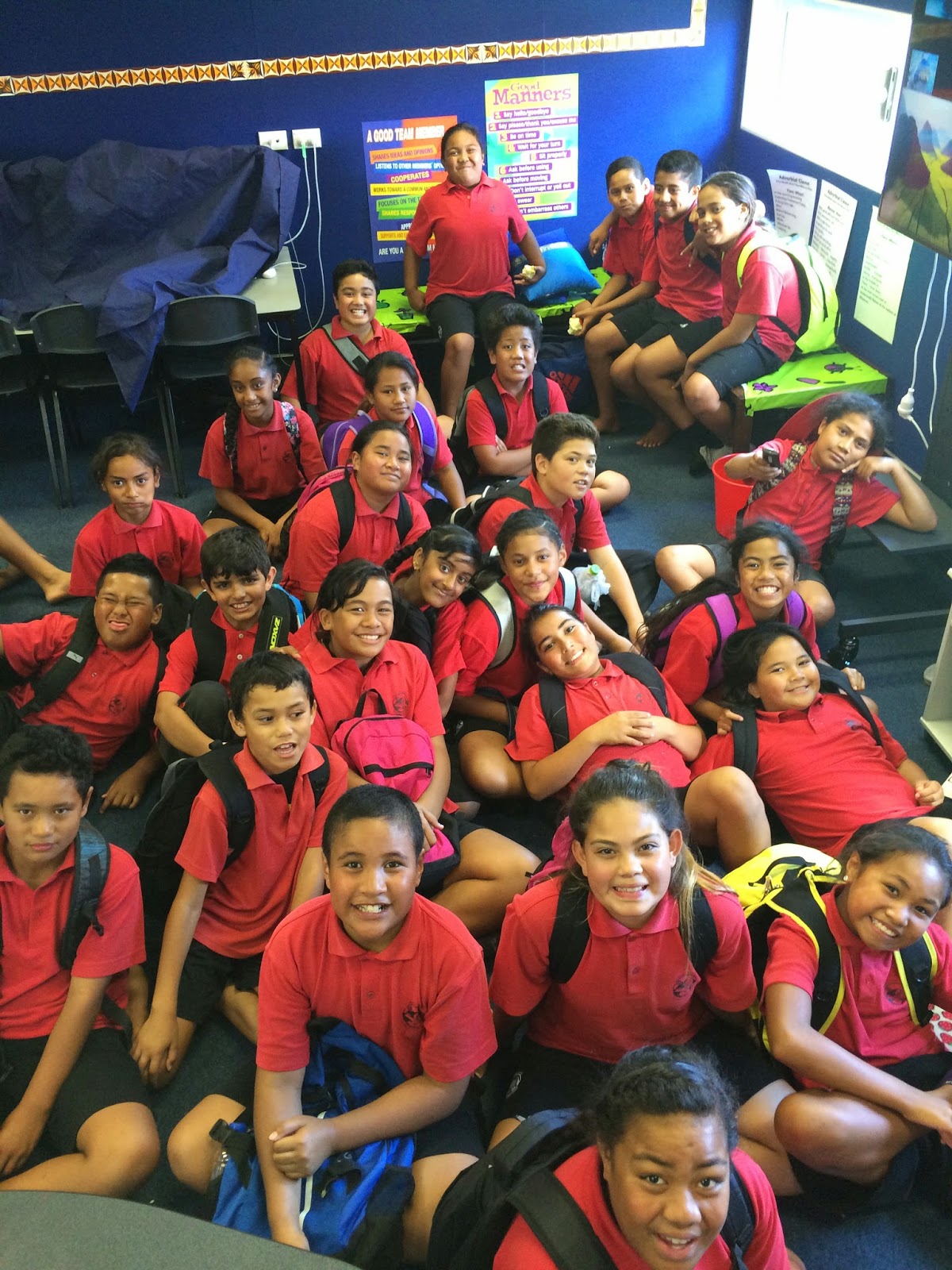 In our literacy class we have been starting to work on writing recounts.  Here is a blog post by Talita about seeing the Duffy show at school last week.


Monday afternoon, years four to eight had the opportunity to watch a Duffy Show. It all started when we lined up to go to the hall to watch the Duffy Show. Once we were there, two women were there playing simon says well the other classes came in. When we were all there, one of the women said to everyone to say “come in Duffy!”. We all said it and Duffy came in. He came in and he introduced himself and so did the two women. After that, Duffy got his guitar out and started playing the Duffy song.
Beginning of the show
Once we finished the song they told us the names of the characters.They were the Mum, Sienna, Duffy and the Liberian. When they were done saying the characters, they said the main three rules. Which were be quite, stay seating and have fun and have fun while watching. After that, we finally started the show. The show started and Duffy said what the show was about, which was him encouraging Sienna to read book instead of watching the Television. 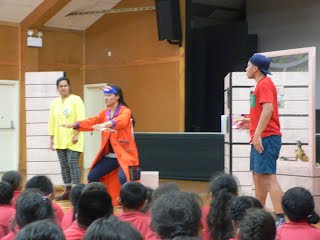 What happened?
This story was about a girl name Sienna who love watching Television but not reading books. One day Sienna’s Mum, left to go to work. Her Mum was asked for  some help from Sienna with her homework but her Mum keep walked out the door to go to work. Duffy was at the library getting out a book with library card, Sienna saw him and thought, “he’s rich cause he’s got a visa card”. He came out of the library and Sienna asked Duffy “where did you get that visa card from, Duffy replied,”this isn’t a visa card, it’s a library card”. She was confused, but Duffy explained it to her. She told Duffy about how she did not like reading and she liked the T.V way better. Duffy and Sienna went into the library and Duffy got the librarian and told her how Sienna just watches T.V and did not like reading.  The librarian and Duffy, tried to get Sienna’s favorite things like…    shape, colour and things to do, they all related to the T.V. They asked her their last thing which was movie and she said Harry Potter, they got the book out and research the author of the book which was Rowl. After that I didn’t get to watch the rest of the show.
Conclusion
I was very sad because I didn’t get to see the rest of the show. Apart from that, it was great. One of the things that I am thinking in my head is that I couldn’t stay to see the rest of the show. My last thought about the show would be that it was good ending for me and I have heard about the ending and sounded good. This show has encouraged me to encourage other people to read.

Our focus in class has been on including our WALT and description of the task or learning for each blog post. This means when people read our blogs, they know exactly what the learning intention and task was for on each blog post.
Posted by Matt Goodwin at 08:13 No comments: 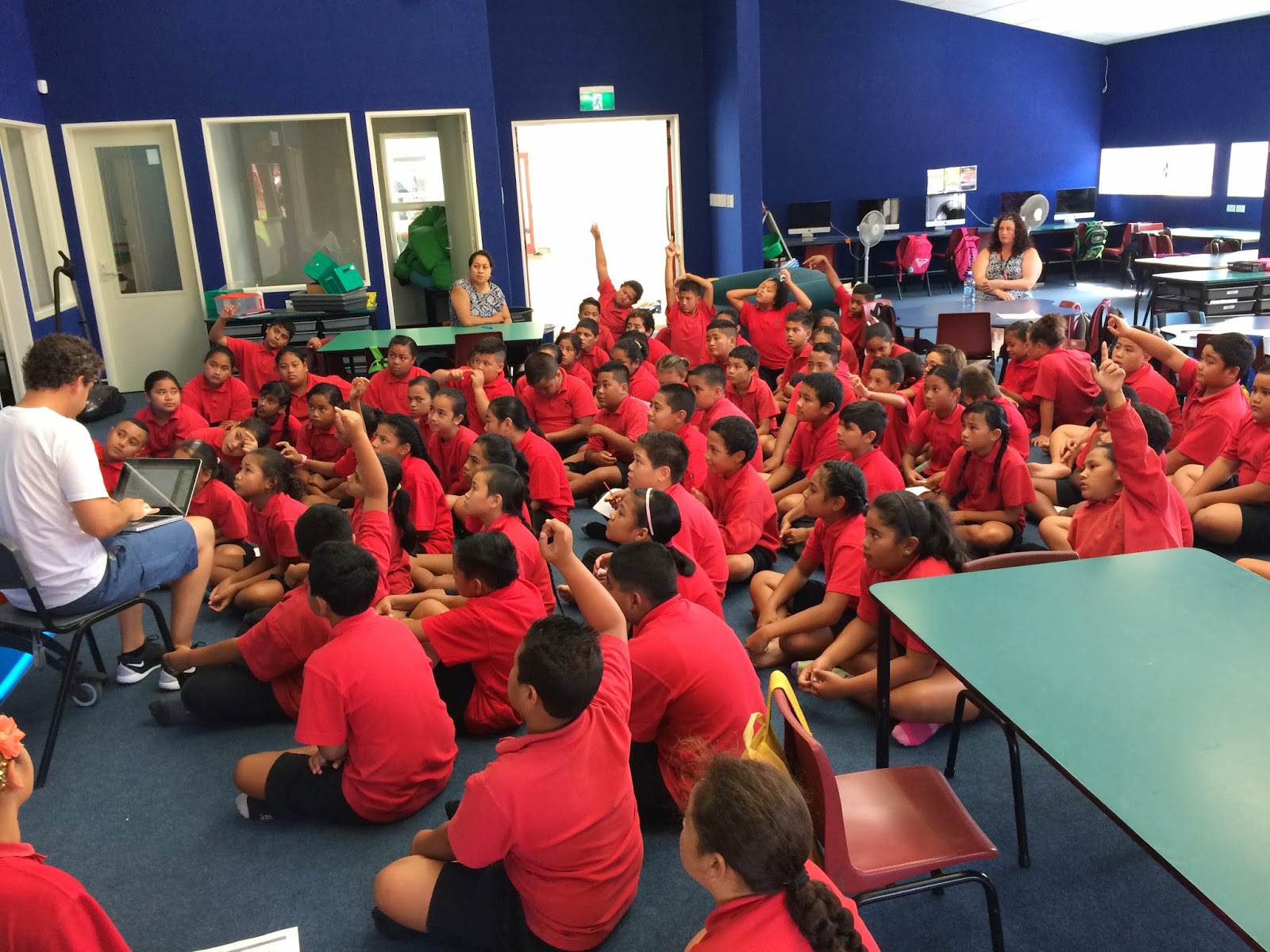 For most of us it's a pretty new experience sharing a space with other classes, but we are all getting the hang of it, and its really cool! We have Room 7 with Mr Somerville on our left, and Room 8 with Miss Lavakula on our right (but we can move anywhere in the room to do our work anyway).

We can't wait to get our walls nicely decorated, Mr Goodwin has promised that this will be done after the cleaners have steamed them this weekend (Keep posted for updates!)